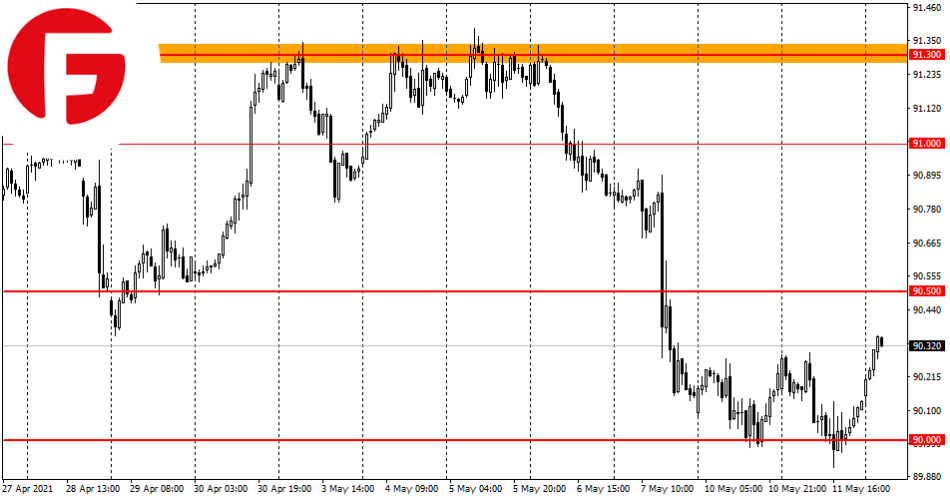 On the intraday time interval H1, we observe the formation of a reversal model of the graphical analysis of the double bottom at the psychological and at the same time technical support level of 90.00. Therefore, there is a risk of further growth of quotes to 90.50, after which a corrective decline to 90.27/30 – the neck line may follow. A rebound from this support will confirm the willingness of buyers to resume growth to 91.00 and further to the resistance area of 91.30/40.

At the time of the publication of the US inflation report, there is a risk of increasing the volatility of USDX trading. Rising inflation, especially exceeding the already optimistic forecasts, will increase the likelihood of a Fed rate hike, thereby supporting the US currency. As a consequence, this release may activate a bullish scenario. 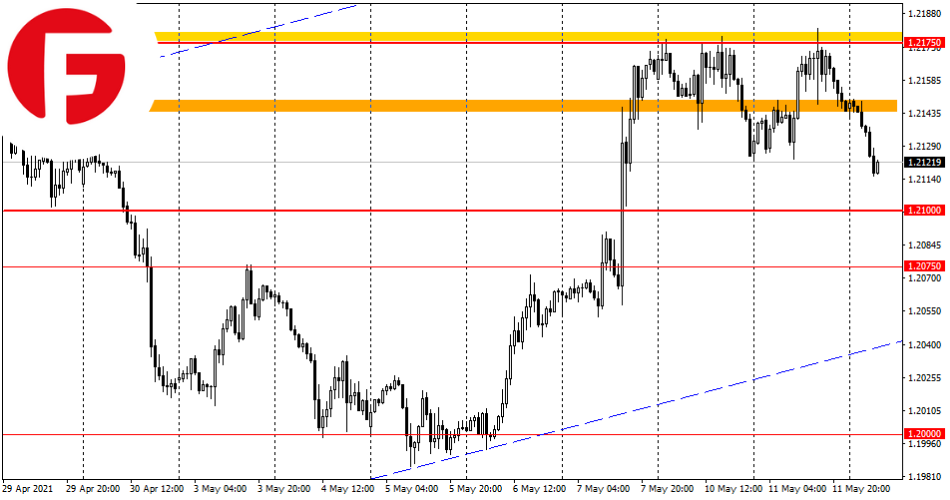 The third attempt of buyers to overcome the resistance at the level of 1.2175 was not successful. Pay attention to the appearance of a false breakout and subsequent trades under this level, which in turn indicates the weakness of buyers. As a result, the probability of a further decline in the pair's quotes in the area of 1.2075-1.2100 continues to increase. A strong US inflation report will only increase the pressure on the pair.

The local target for sellers is located at the following lows near the support level of 1.2000. 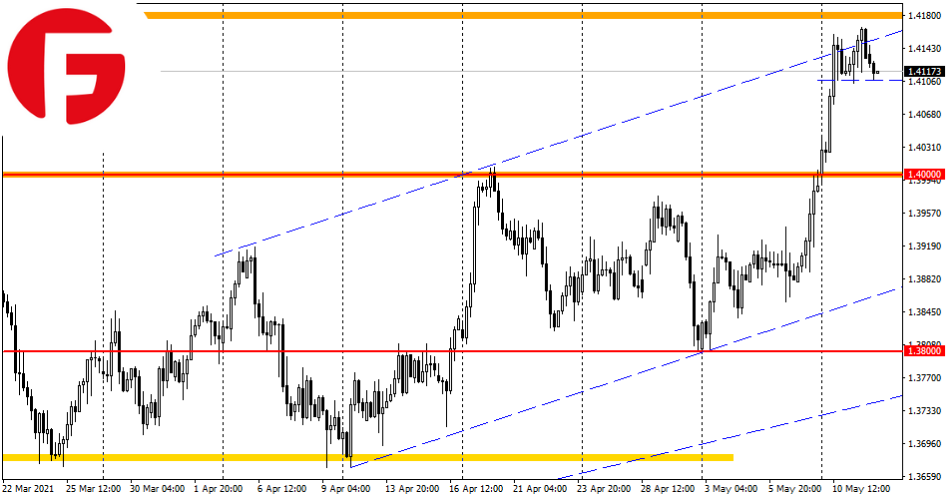 Another attempt of the pair's quotes to break above 1.4180 and, as a result, to overcome the upper limit of the ascending channel was not implemented. Thus, the return and fixation of quotations under 1.4100 will significantly increase the probability of a return of quotations to 1.4000 – a strong technical support level.

The bullish scenario can become relevant again only if there is a false breakout of 1.4100 and a fairly quick return of quotes above the marked support level. In this case, we will talk about the weakness of sellers, and the return of the pair above 1.4180 will only confirm the ability of buyers to continue growing in the medium term. 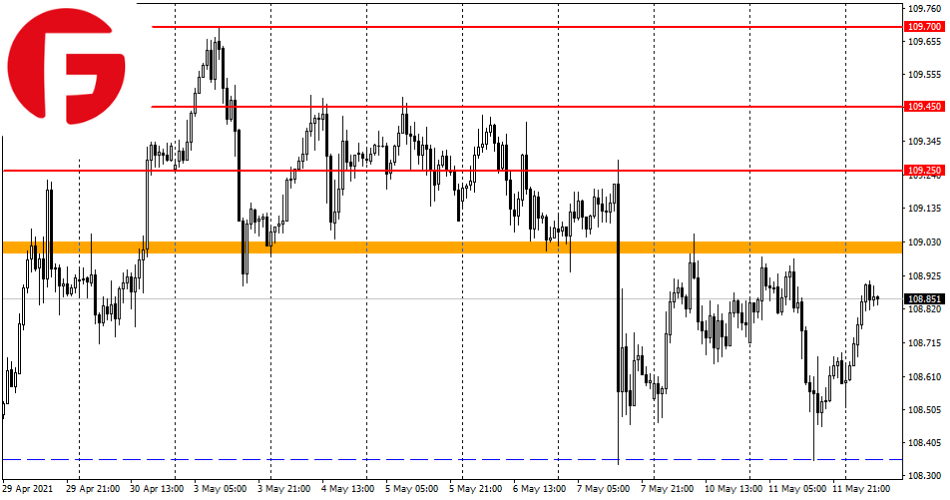 There were no significant changes in the overall trading dynamics of this currency pair, the quotes are still held in the sideways range of 108.40–109.00. Given the risk of strengthening the US dollar, the bullish scenario looks more realistic. At the same time, it is important to take into account the accumulation of technical resistance levels on the way for buyers – 109.25, 109.45 and 109.70.

The bullish scenario can be implemented only if the USD is generally strengthened, which may happen in the event of a further increase in the growth rate of inflation in the United States.

The above overview is not a direct guide to action, but only a recommendation.