The Euro is under further pressure today against the US dollar as we enter the European trading session, hitting a more than 1 month low of $1.1681 after better than expected economic figures from the US added evidence that the US Federal Reserve is free to begin reducing their stimulus program.

The US Central Bank had recently announced last week, after their latest interest rate decision that it may soon start trimming pandemic related help such as their bond buying program which was introduced to boost the economy during times of the crisis.

The release of the US Durable Goods Orders figures yesterday, which hit the market at 1.8%, and was well above analysts’ expectations for a figure of 0.7% was a real boost for the greenback as it once again showed consumer confidence in the worlds largest economy is well and truly back on track.

Also hurting the Euro was the results of the elections in Germany where Chancellor Angela Merkel’s Christian Democrats got roughly 24% support and ended a 16 year reign of governance led by Mrs. Merkel.

The Social Democratic Party lead by Olaf Scholz received roughly 26% of the total votes, that means it will take at least three parties to form a coalition government which may take up to 6 months to put together and will cause political instability in Europe’s powerhouse.

The movers of the EUR/USD currency pair today will be a speech by ECB president Christine Lagarde followed by another speech to the US congress during the American session by Fed President Jerome Powell, and a bullish tone by the Central bank chief will like see the Euro suffer further losses. 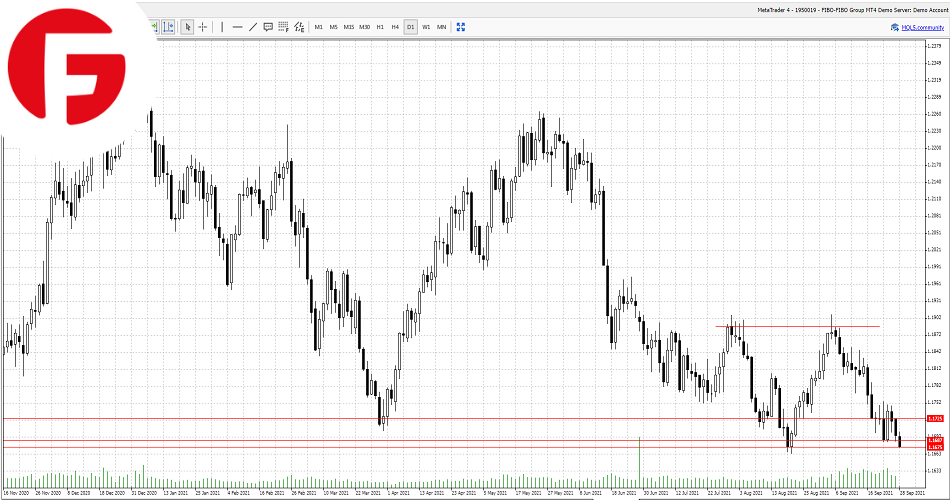 The EUR/USD currency pair ran into stiff resistance during yesterday’s trading session $1.1725  and was pushed all the way down to the next support level of $1.1687 before finishing the day slightly higher.

In today’s session the currency pair it has already broken down through this critical mark which is a very bearish sign, and now has the next support level of $1.1675 in its sights. Should this fail to hold, we are likely to see a drop below $1.1663 which will mark a new yearly low and create another negative view of the European currency.